• Alice The Fairy by David Shannon
• And to Think That I Saw It On Mulberry Street by Dr. Seuss
• Anno’s Alphabet by Mitsumasa Anno
• Anno’s Magical ABC by Mitsumasa Anno
• Cindy Ellen: A Wild Western Cinderella by Susan Lowell and Jane Manning
• Emma Kate by Patricia Polacco
• Fancy Nancy by Jane O’Connor
• Flamboyan by Arnold Adoff
• Flyaway Katie by Polly Dunbar
• Giddy Up, Cowgirl by Jarrett J. Krosoczka
• Go Away, Big Green Monster by Ed Emberley
• Grandpa’s Great City Tour by James Stevenson
• Harold and the Purple Crayon by Crockett Johnson
• Henry's Amazing Imagination by Nancy Carlson
• Hey, Al by Arthur Yorinks
• How Do Dinosaurs Say Goodnight? by Jane Yolen and Mark Teague
• How I Became a Pirate by Melinda Long and David Shannon
• I Love You, Stinky Face by Lisa McCourt
• Imagination: A Journey of the Mind by Dawn Anfuso
• In the Night Kitchen by Maurice Sendak
• Let’s Pretend by Margaret Miller
• Lulu by Charlotte Steiner
• Madlenka by Peter Sis
• Masai and I by Virginia Kroll
• Moe the Dog in Tropical Paradise by Diane Stanley
• Mysteries of Harris Burdick by Chris Van Allsburg
• No Jumping on the Bed by Tedd Arnold
• Not a Box by Antoinette Portis
• Not a Stick by Antoinette Portis
• Not in the House, Newton! by Judith Gilliland
• Pete’s a Pizza by William Steig
• Possum Magic by Mem Fox
• Puff, the Magic Dragon by Peter Yarrow, Lenny Lipton, and Eric Puybaret
• Silly Goose by Jan Ormerod
• Skippyjon Jones by Judith byron Schachner
• The Different Dragon by Jennifer Bryan, Bobbie Combs, and Danamarie Hosler
• The Gingerbread Boy by Paul Galdone
• The Trek by Ann Jonas
• Twelve Tales from Aesop by Eric Carle
• What Can You Do With a Shoe? by Beatrice Schenk De Regniers
• When I’m Big by Sam McBratney
• Where the Wild Things Are by Maurice Sendak 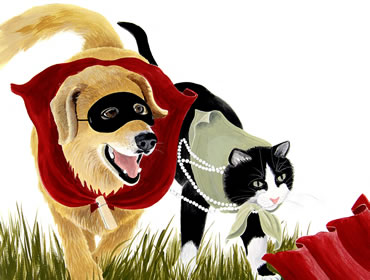